The Trick To Keeping Scorpions Off Your Las Vegas Property

There are few pests as menacing looking as scorpions; their crab-like pincers and stingers are enough to make even the bravest person scream. But they aren’t just menacing looking, they can be dangerous. Their painful stings deliver venom that, in some instances, can be deadly. That is why it’s so important to take all the precautions at your disposal and know how to identify scorpions as well as know the proper techniques to keep them away from your home. Keeping scorpions off of your Las Vegas property could be a matter of life and death. 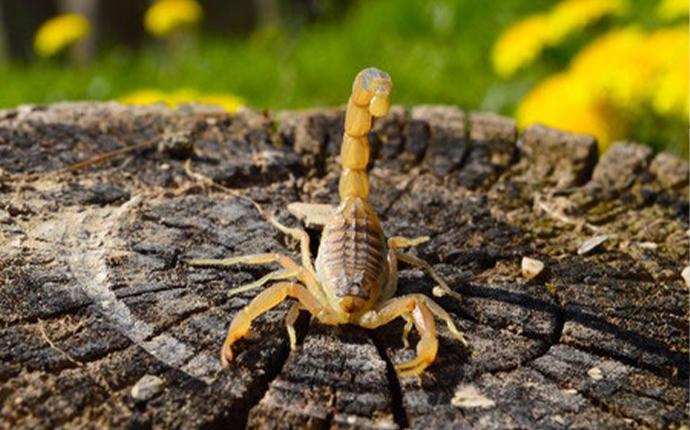 Scorpions are arachnids. As such they have four pairs of legs. In addition to this, they have two crab-like pincers and a segmented tail with a stinger on the tip of it. There over 70 species of scorpions living in the United States.

Three species of scorpion that are common to the Las Vegas area are bark scorpions, emperor scorpions, and desert hairy scorpions.

Bark scorpions are tan or yellowish. They grow to an average of three inches long. They prefer cool moist environments. This means they are often found under rocks or burrowed beneath trees. But these scorpions will come indoors in search of a refuge from the desert heat. These are the most venomous scorpions in North America. Though not every sting from a bark scorpion will be fatal, for at-risk groups such as children and the elderly, stings can prove deadly. No matter what, if you are stung by a bark scorpion, you should consult a medical expert.

Emperor scorpions have shiny black bodies that grow to be an average of eight inches long. They often reside in areas with dense forest debris and leaves and tend to live in large groups. These scorpions do not sting as a mode of killing prey, but they will sting if they feel threatened. However, their venom poses no threat to humans. As such, the only danger they pose to humans is the pain of the sting.

As their name suggests, these scorpions have hairs on their tails and olive and tan-colored bodies. They are the longest scorpions in the United States, measuring in at an average of six inches long. They prefer cool, dark areas where they can avoid the heat. This could be somewhere inside your home. Like the emperor scorpion, desert hairy scorpions will only sting if they feel threatened. Their stings, also, do not contain venom that is dangerous to humans.

Scorpions often enter yards and homes because they are seeking refuge from the hot Las Vegas sun. Whether it be in the shade of a rock in your lawn, or under your deck, there’s any number of places that might appeal to scorpions on your property. But unfortunately, they don’t stop in your yard. Scorpions often enter AC-cooled homes as a means to beat the heat. So both outdoor and indoor measures should be taken to prevent scorpions from coming onto your property.

What To Do If You Are Dealing With A Scorpion Problem

If you have any questions about scorpion prevention, or are currently dealing with a scorpion problem, call the pest professionals here at Pest Control Solutions Inc. for help. We have the experience and the expertise needed to take care of any scorpion issues you may be dealing with currently or may face in the future. Call us today for expert pest control in Las Vegas.