Which Las Vegas Spiders Are Dangerous?

In the United States, there are only two types of spiders that are considered to be a medical threat to humans—that is to say, spiders that can kill humans. It is likely that you know these two spiders by name. They're well known--for good reason. We could go so far as to say they're infamous. Which two spiders are we referring to? They are the widow spider and the recluse spider.

You may wonder why we didn't simply say black widow spiders and brown recluse spiders. It is because there are several species in each of these two categories. In the widow category, as an example, black widows aren't the only dangerous spiders. Brown widows can be equally dangerous. But while both can be considered spiders that can kill humans, they haven't done so in the United States in more than two decades according to the American Association of Poison Control Centers. This is definitely good news. Today, we're going to talk about why these spiders aren't as deadly as you may have heard and discuss what circumstances can make them a threat when they come onto your Las Vegas property. 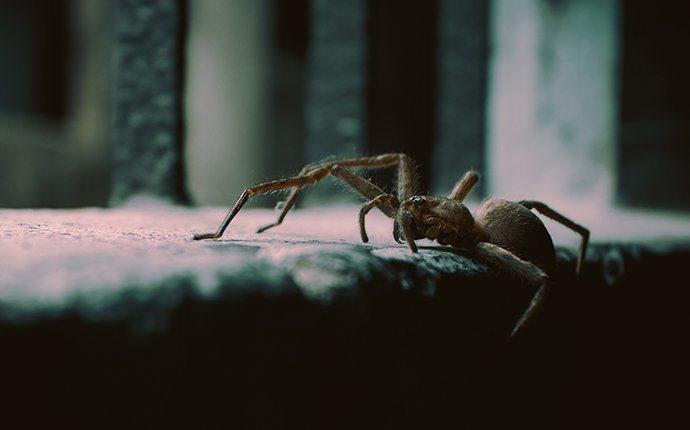 When it comes to widow spiders in Las Vegas, there is good news and bad news. Let's take a look at the good news first.

The bad news, apart from the danger these spiders represent, is that they like coming onto our Las Vegas properties. They're drawn to moist conditions, brush piles, stacks of wood, and other organic debris.

Of all the spiders in Nevada, this is probably the worst. Let's take a look at the good news.

Desert recluse spiders are common house spiders. When they get inside, they don't have a problem staying inside. Since recluse spiders are common house spiders, you can expect to have more and more unwanted sightings of these spiders in your home as they grow in population. You may even have one repel from a vent in your bathroom ceiling and surprise you unexpectedly. It has happened. While reclusive, these spiders can accidentally show up in common areas and you want to be sure to keep them out as best you can.

Do You Need Help With Spiders In Nevada?