Are Scorpions in Las Vegas Dangerous?

Scorpions are nuisance pests that are close relatives to spiders, mites, and ticks. Throughout the United States, you’ll find 70 scorpion species and 1,200 across the world. Of these, the most dangerous species is the Arizona Bark Scorpion, which can be found in the American southwest and in Northern Mexico.

Scorpions are most clearly identified by their 4 legs and set of pinchers. They are a nocturnal pest, which means that they will hide during the day and are active at night. Scorpions will feed on other insects, yet they can survive for months without a food source so long as they have access to water. Furthermore, because scorpions seek dry habitats, such as arid regions or deserts, they are commonly found in the Las Vegas area. They will hide under rocks or dig burrows in the soil; however, during warmer weather, they may choose to invade your home through walls to take shelter in damp, cool spaces like attics or basements. 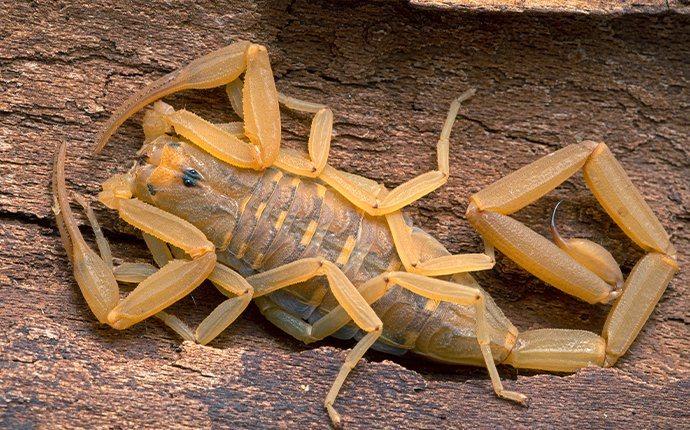 Here are a few of the types of scorpions that you might find on your property in Las Vegas:

Though they are colloquially known as bites, scorpions actually sting. This is actually a defense mechanism that they deploy when threatened or seeking to kill prey. The severity of a scorpion sting depends on the species, so where some will not require medical attention, others might. Treatment for scorpion stings depends on the type of scorpion involved and the amount of venom injected. Most people do not need to see a doctor for a scorpion sting.

If you can manage mild stings at home, try:

These medications can counteract the venom’s effects. It is important to receive anti-venom as soon as possible after serious symptoms appear. Since scorpions are most active at night, you can get stung any time in Las Vegas. To lessen your risk, try wearing long sleeves, pants, and gloves when you’re outside in areas that are populated with scorpions. In these areas, it is also a good idea to shake out or check your shoes and clothing before putting them on.

The risk of getting stung by a scorpion is not worth the potential outcome. Homeowners should be aware of the presence of scorpions on their property and do their best to prevent a population from growing. Here are a few tips to keep them away from your home:

If you suspect that scorpions are present on your Las Vegas property, contact Pest Control Solutions for more advice and assistance regarding scorpion control. Whether you're dealing with scorpions or unwanted pests, our team of experts can help. Reach out to us today to learn more about our one-time or recurring home pest control and commercial pest control plans.

I would recommend Pest Control solutions to any one. Great job guys!